Adam doesn't just take your case and try to win it for you. He's a mentor and a motivator who keeps you involved and on track all the way through so you'll continue to see long-term success well after your case is over. An award-winning attorney and former prosecutor with more than 12 years of experience in both criminal and DUI law, Adam is a skilled lawyer who works hard to get you the best results possible.

As a former assistant state prosecutor in Broward County, Adam knows how the prosecutors think, and what strategies they'll use to try and convict you. By anticipating their approach, Adam is able to develop an excellent plan and mount the best defense possible for you. 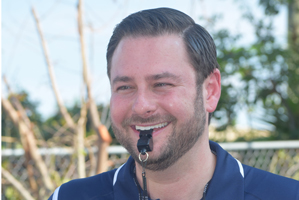 A high school basketball coach for over 10 years, Adam is a mentor and a motivator who will keep you on track for success the entire way through your case. He doesn't just take your case and handle it. He keeps you involved the whole way through, coaching you to success.

Too many attorneys think they're the star of the show. But that's not true. It's your case, and it's your life on the line. It's your job, and your freedom at risk. You're the star player. Adam is the coach, using his legal skills and expertise to guide you to success.

Adam understands that success doesn't stop when the case ends. He's interested in the long-term results. That's why he'll sit down with you and explain how the case will affect you now, 5 years from now, and in the long run. He'll make sure you understand what you need to do for continued success long after your case is finished. And he will stay on top of you the entire way through to make sure you're doing your part. Adam is a team player who will not give up on you, nor will he ever let you give up on yourself 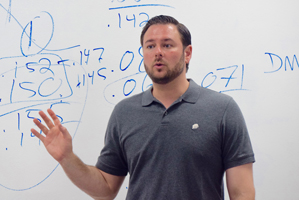 This same principle applies to the legal system. Some attorneys will take your case do whatever they need to do and communicate with you as little as possible. In other words, they just handle it for you. Let's say they get you out of trouble--that's great, this time. But what about next time? If the attorney doesn't communicate with you, you learn nothing about the legal system.

Too many times Adam has worked with clients who complained that their former attorneys never took the time to explain anything to them. They didn’t know what was going on, or even what the attorney’s strategy was 95% of the time.

That's why Adam believes in working WITH you as much as possible. As a frequent teacher and lecturer at local DUI schools, Adam knows how to break down the legal system into normal language so anyone can understand it. He lets you know what to expect, how the system works, and what you need to do to be successful with your case, not just now, but in the future as well. He wants you to understand the process so you feel comfortable and empowered throughout it. 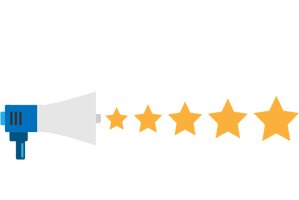 Praise for the Adam Approach

“I hired Adam because he made me feel comfortable, which was a huge thing with me. I didn’t wanna feel that stigma like oh, you’re a junkie, or a drug addict.  He stays on top of me which, sometimes—I know it sounds stupid like I don’t need somebody babysitting me, but sometimes you do. You do need someone guiding you, telling you ‘no, not that way, you’re going this way’.  Adam kept me out of jail.”   – Jesus P.

“Going with Adam was the best decision I could have made. He always spoke with me directly, answered all my questions, and let me know what was going on the entire way through my son’s case. When Adam got the case moved to drug court, he stayed on top of my son, making sure he was being responsible. Even when he messed up Adam would always tell the judge how much he believed in Denzel, and to please give him another chance. Without Adam I would have lost my son to the system. My son was so happy with Adam. In his essay he said of Adam: ‘I was lost and you found me. And I thank you for that.’ I am forever grateful to Adam and would recommend him any day.” -Beverly A.

“A few years ago I got caught shoplifting. This is not something I would EVER do. I was a straight A student who never did anything wrong. When I got caught I felt like my life was over. When I met with Adam, he was so compassionate and validated my feelings. He made me feel comfortable. He got me into the theft diversion program and all charges against me were dropped. But Adam could see I was still struggling with guilt, so he recommended a therapist he trusts. He was really interested in my wellbeing, not just the case. Even though my case was finished he still followed up with me to make sure I was doing okay. The therapist he sent me to was amazing. She helped me move forward with my life. Adam took such great care of me, I’m so thankful I found him!” - Sarah T.

“I found Adam through a referral and felt very comfortable by the end of our consultation to not look any further. He explained the entire situation very honestly with me regarding this dui/speeding charge and that he would do his best, which he absolutely did! He immediately got to work on the case, keeping me informed throughout the entire process, and eventually after much relentless work and negotiation got the charges reduced to reckless driving which was amazing for me! Adam's a great attorney and a great guy that gives 110% and I highly recommend him!” - Anonymous

“I had another lawyer before Adam, and he was terrible. My license got suspended and my lawyer could have prevented it from happening but he didn’t. And he never told me anything about what was going on. Thankfully one of my friends referred me to Adam. Adam was straightforward, upfront, and very easy to work with. He tells you the facts all the time. I was young and antsy and had a lot of questions. Adam always had satisfying answers for me. Before I met Adam I never really knew how important a lawyer was, but now I'm secure, and I know if something happens to me I have someone trustworthy in my corner. If you don’t know anything about the law, Adam is the best person to work with. It’s like winning the lawyer lottery.” - Charles H.

“After experiencing the worst representation against my very first arrest I was devastated and determined to find a new attorney in Broward County that could help. For my first and only arrest I was charged with a felony, misdemeanor and criminal mischiefs counts. A complete mistake. The first attorney I hired did a petty job of dropping charges and I had no one to help guide me. When I consulted with Adam, he brought to light many things that were indeed missed by my first attorneys in the fight to prove my innocence. In fact, there were documents I was never provided. Many would say it's my fault but I had no one to go to and no one with experience to help guide me through my options. I wish I hired Adam in the first place. Either way I did hire Adam to seal my record. I did come across another issue, which also says a lot about Adam and the care he puts into his clients. The felony charge that was dropped to misdemeanor was still on the Broward clerk of courts even though the misdemeanor was sealed. I called and got incorrect information. After Adam approached them various times and gave them 3 weeks, I was devastated and he of course frustrated with the clerks. Finally he did get the clerks to seal even the felony charges. The most meaningful part was that Adam didn't quit. He always answered all my messages even when he was out of town or in court. It would have been easy for him to quit and walk away being that he did his part and filed the paperwork but he helped by visiting the clerks personally to get the matter taken care of. I am truly appreciative and am very happy with his assistance. Don't make the same mistake as I did and hire Adam! At least with him, you are definitely not just another case!" - Anonymous